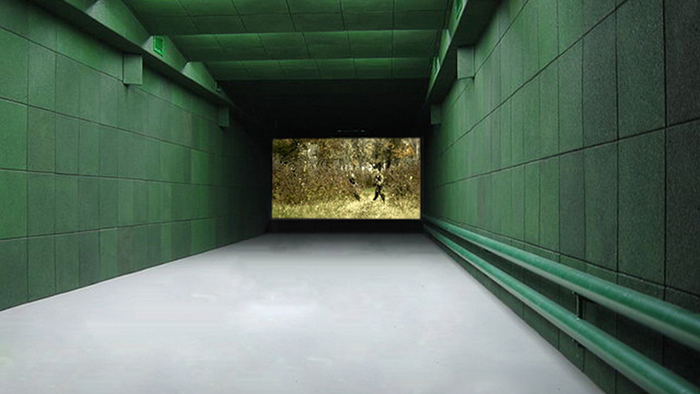 ARCADA® How It Works

The image of the selected target or scenario is transmitted to the white ballistic rubber screen through the computer via the projector. The shooting screen 2x4m or 2.5x5m is made of high-resistance steel and is outfitted with ARCADA® patented Ultrasonic Shot Detection System. The shooting screen serves as a bullet trap.

The bullet passes through the ballistic projection screen, hits the shooting screen, ARCADA® Ultrasonic Shot Detection System tracks its coordinates in a fraction of a second with absolute accuracy and an appropriate reaction is displayed on the screen (e.g. bullet hole in the target, enemy falling down etc.). The system supports handguns, revolvers, submachine carbines, smooth-bore guns up to 12 caliber along with live fire ammunition rounds without any laser inserts. 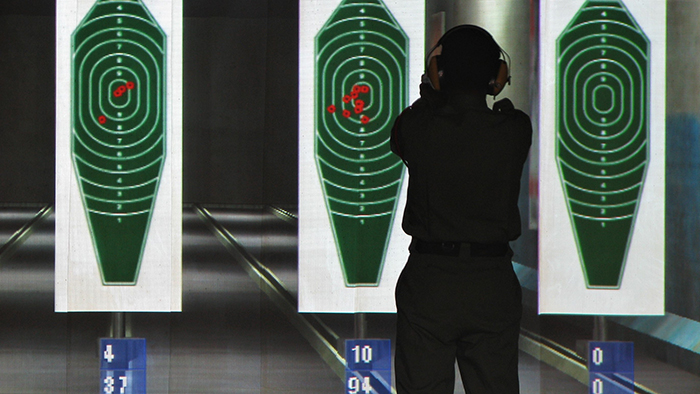